Car rental in Denmark made easy with Avis

Avis Car rental is available throughout the country

Driving is the ideal way to explore the smallest Scandinavian country. We have several branches conveniently located to help you to discover Denmark on your own terms.

Denmark may be small by Scandinavian standards, but it’s not short of attractions and beautiful landscapes. Most well-known is the capital city of Copenhagen – the city of design, culture and gastronomy – with its varied architecture and multiple green spaces. Away from the city there is rolling countryside and stunning coastline to enjoy. Wherever you go, you are never more than an hour's drive from the country’s lovely white-sand beaches.

Scroll down to discover our top Denmark car rental locations, and pinpoint the best spot to collect and return your hire car. 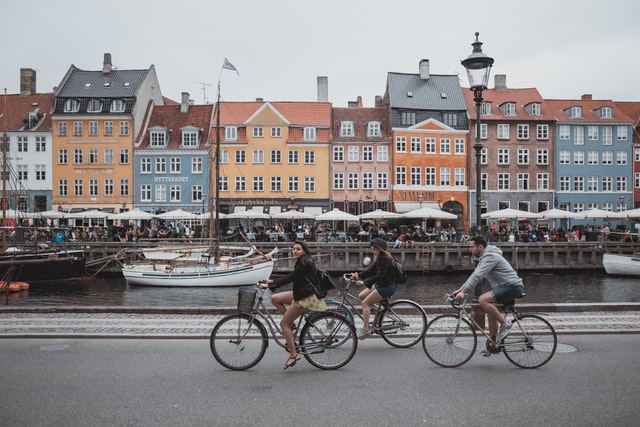 Things to see and do

One of the most popular sights in the capital city is Tivoli, an old-fashioned amusement park and pleasure garden. In fact, it is the second oldest amusement park in the world, and the most visited in Scandinavia. The park is best known for having one of the world's oldest wooden roller coasters still running today, Rutschebanen. It is also home to the world’s tallest carousel for those after a slightly more gentle experience.

The imposing Christiansborg Palace is home to the Danish Parliament and showcases three eras of architecture, having been damaged in two serious fires. Further along the waterfront you can visit Amalienborg Palace, the winter home of the Danish royal family, actually made up of four separate palaces around a large square.

If you’re in the mood for meandering, Strøget is well worth a visit. This car-free zone is the longest pedestrian shopping promenade in Europe and features both designer boutiques and high-street shops. Christianshavn is a colourful and charming canal quarter and the most nautical part of the city. Head on to Langelinie Marina to see the famous statue of The Little Mermaid, based on the fairy tale of the same name by Hans Christian Andersen.

Other cities and towns

Denmark is made up of a large peninsular and many islands, with the larger islands connected by bridges. There’s plenty of scope for getting around most of the country with your Avis car rental.

On Jutland’s east coast is Århus, the country’s second largest city. Attractions here include Marselisborg Palace, the Danish royal family’s summer retreat, and a Viking museum. In the north lies Aalborg, the fourth largest city, which dates back to the year 700. Dive into some local history and visit the museum under the main pedestrian street where an 11th century monastery is being excavated.

Of course, a family holiday would not be complete without a trip to the largest attraction in the country outside Copenhagen: the famous Legoland in Billund situated next to the original Lego factory. Remember to request child seats with your car hire.

On the island of Funen is Odense, the hometown of famous Dane Hans Christian Andersen. The museum in his name focuses on his life and work and showcases his drawings and papercuts.

The Aalborg Carnival: The last week of May bears witness to the largest carnival in Scandinavia, originally created to celebrate fantasy and the coming of spring through carnival traditions. It is actually made up of three events: the Children’s Carnival and the Battle of the Carnival Bands take place alongside the Grand Parade.

Copenhagen is the ideal destination for jazz aficionados, with the Jazz Festival taking place during the first half of July followed by the four-day Autumn Jazz Festival in late October/early November. If it’s rock music you’re after, head to Roskilde at the end of June for the Roskilde Festival. This annual event has become one of the biggest of its kind in Europe since it was founded in 1971, with all profits donated to charity

Wherever you start your Danish adventure, you’ll find an Avis car hire station nearby.

Why not take a road trip around the various neolithic dolmens, burial mounds and Viking ruins scattered across the country? Just outside Aalborg, Lindholm Hoje is the biggest Viking and Iron Age burial site in Denmark and a great place to quench your archaeological thirst.

Let’s not forget the wonderful Danish food and drink. Try a smørrebrød – a delicious open sandwich – for lunch washed down with a bottle of Carlsberg. If your budget allows, Copenhagen is home to several Michelin-starred restaurants, including Noma. Known for its reinvention and interpretation of nordic cuisine, it has been ranked as the Best Restaurant in the World three times.

Want a quick guide to the rules of Denmark's roads? We've unlocked them for your journey.

Sign up to Avis Preferred and enjoy a wealth of benefits. From jumping the queue to receiving rewards, it pays to be Preferred.  Join now.
Avis Home
Drive Avis
Car Hire Locations
Europe
Denmark