Our car rental service in Inverness is easily found at Inverness Airport, where our friendly and efficient team will check you in and give you your keys so you can start exploring without further delay.

Inverness is the northernmost city in the United Kingdom and lies within the Great Glen in the Scottish Highlands. It is known as one of the happiest places in the United Kingdom, a fact that belies its bloody history: Two important battles took place in and around Inverness, including the Battle of Culloden, a confrontation with far-reaching historical significance. Inverness also held the castle of “MacBeth”, the Gaelic king Mac Bethad Mac Findláich, whose killing of King Duncan was immortalised in Shakespeare’s play. 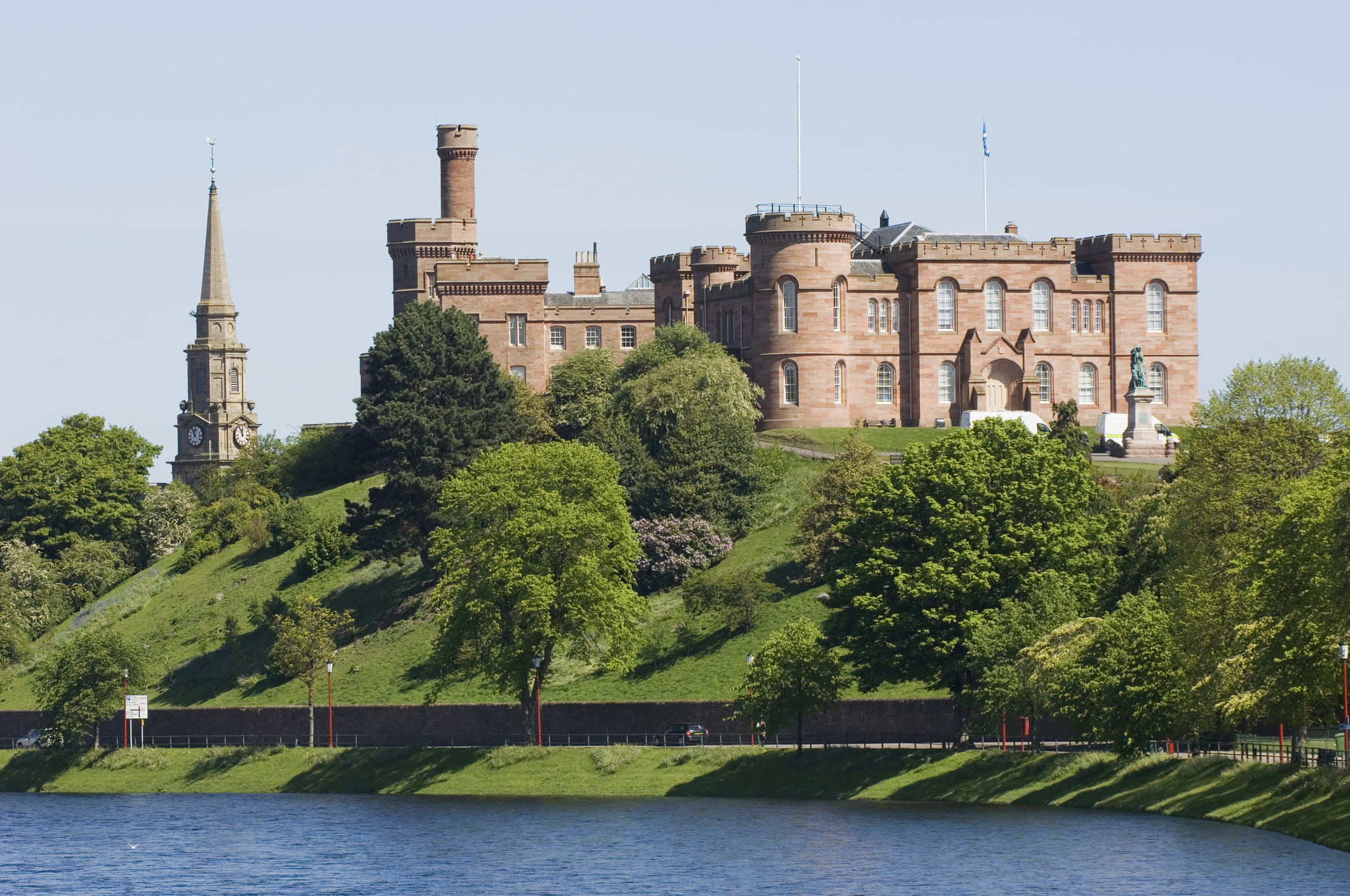 Inverness Airport for all your car hire occasions

The Avis rental location at Inverness Airport offers car hire vehicles for all occasions. You don't need a car to access our location, it's easily accessible by public transport and an airline ticket is not needed to get to our rental desk.

The airport is a short drive from the city centre and located on the right just in the terminal.

Bus - From the city centre you can take the 11 or 11A bus from Inverness Stagecoach Bus Station, located on Margaret St. Buses run every 30 minutes and will make their last stop directly in front of the Airport.

Taxi - located around the city centre at a reasonable price.

Our friendly staff look forward to welcoming you to Avis at Inverness Airport.

Your top rental locations in Inverness

Inverness and beyond: Destination Features

What to do in Inverness

You can be sure of a friendly welcome in this city where people enjoy a good chat or craic. Stroll around the Old Town to enjoy the many historical buildings. The host of places to visit includes the castle in distinctive red sandstone, the setting for Shakespeare’s Macbeth and now a courthouse.

St Andrew’s Cathedral is beautifully situated overlooking the river. Take the time to stop and admire its impressive stained glass windows and spectacular West Door. The riverside provides many opportunities for excellent walks and watching fishermen casting for salmon. Tickets are available if you want to try your own hand at fishing. The pretty and wooded Ness Islands in the river are linked by footbridges.

The Floral Hall has flora and fauna of a different kind in its glass house, with a stunning variety of subtropical plants, a koi carp pond and a cactus house. For magnificent views and a slightly more energetic walk, Craig Phadrig is a hill overlooking the city and the former site of a Pictish fort. It’s only a 10-minute drive from the city centre. You can also enjoy views of the Moray Firth from here, home to bottlenose dolphins.

Take a journey back in time in the Victorian Market, where you’ll find a unique choice of shops selling gifts and souvenirs (including kilts, of course). The market building itself is interesting too – look out for the old clock, cast-iron roof and the original entrance on Academy Street with its three round arches. If your taste is a bit more high-street, the award-winning Eastgate shopping centre on Milburn Road, with around 1,400 parking spaces, caters to most modern needs.

Events in Inverness include two music festivals: Rockness, held on the banks of Loch Ness, and Belladrum, with a mix of genres and local and international artists. The Inverness Highland Games, a traditional annual gathering, will give you a real taste of Scotland, with country dancing, caber tossing, bagpipes and much more.

Eating out is always a pleasure in Scotland and Inverness is no exception. Enjoy top-quality local produce including salmon, seafood and game in the many restaurants serving local fare. Round this off with a uisge beatha, the Gaelic name for whisky meaning “the water of life”.

Where to drive from Inverness

To the southwest, just a 15-minute drive from the city centre along the A82, lies Loch Ness. A scenic attraction in its own right, whether or not you spot its most famous resident!

You can then continue along the same road to Fort Augustus and Fort William, at the foot of Ben Nevis. Both scenic sites, steeped in history, and well worth a visit. The A82 later links up to the route towards the Isle of Skye. To the southeast lie the Cairngorms, the largest national park in the UK. Aside from the breathtaking scenery, you’ll also find a vast range of attractions for all ages and all weathers. These include a castle, brewery, museums and gardens.

To the east, the A96 will take you to the seaside resort of Nairn, famous for its golf. En route to Nairn you can take in Culloden Battlefield, where Bonnie Prince Charlie and his army lost the battle against the royal troops. Historic and romantic Cawdor Castle, also featured in Macbeth, can be visited along the way. Beauly, to the west, is an easy 20-minute drive via the A9. Its attractions include ruins of the 13th century priory and a wide range of independent shops. Past visitors have included Mary Queen of Scots, who allegedly described it as a beau lieu, hence the name.

From Beauly you can drive to Strathglass to admire the wooded riverscapes, and the glens of Strathfarrar, Cannic and Affric, a national nature reserve. Should you wish to drive further afield, the A9 south will take you to Edinburgh and Glasgow.

What do you need to shift? Our van rental fleet spans small hire vans, perfect for that weekend DIY project; medium vans, well suited to hauling rolls of carpet, heavy floor tiles, or moving the kids to university; and large vans to accommodate some or all your wordly goods.

Luxury car hire in the UK with Avis Prestige

Treat yourself to an extraordinary drive.

We take pride in offering an excellent selection of luxury cars to meet your needs. Whether you need to hire a top of the range executive saloon for a business function, a convertible supercar for a wedding celebration, or a high performing luxury SUV for a family trip, we have the premium rental car you are looking for.