Discover Asturias, a Celtic town with crumbling stone villages isolated by mountains. Explore the coast of Asturias on a road trip through its rich history.

At first there’s no sign you’re entering a hidden mountain kingdom. The motorway gently curves through green rolling hills as you head west from Santander airport. The A67 leads along Spain’s north coast, joining the A8, the six-lane ‘Autovia del Cantabrico’. But just before crossing the Rio Deva, the scenery starts changing. Hills become mountains, neat farms become ancient smallholdings, and smart towns become crumbling stone villages. The province of Cantabria becomes the old royal kingdom of Asturias… and you seem to be going backwards in time. 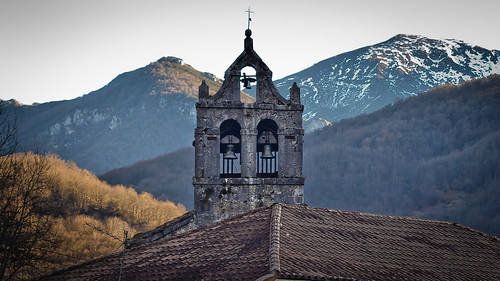 I drove into Asturias by crossing the spectacular Tina Mayor estuary, a steep-sided wooded gorge beneath the looming Picos de Europa. I was discovering that Asturias is protected by some serious mountain terrain. The highest peak, Torre de Cerredo, is over 2,600m high – double the height of Britain’s Ben Nevis. Take a winding detour south into this National Park and you’ll find canyons a mile deep and thick untamed woods full of bears and wolves.

On this adventure, however, I stuck to Spain’s jagged and verdant northern coastline. My first taste of Asturias came when at a beach café above the pretty little beach of Pindal. Forget the cosmopolitan Costas of the south and east, here my choices were pure old Spain. I chose a huge chunk of tortilla omlette and was given some free olives and eye-watering boquerones (anchovies) in vinegar alongside.

Travelwriters often talk about discovering ‘the real Spain’ just off the tourist strip on Costa Blanca or Costa del Sol. Asturias is the real Spain. It’s a proud, fierce Celtic stronghold that has been isolated by its formidable mountains. Arabic Moors conquered all of Spain in the middle ages – apart from this impregnable enclave on the north coast. Since then Asturias has maintained its historic traditions with scarcely a concession to foreign tourism. The rest of Spain has mixed cultural influences – but Asturias is undiluted España. 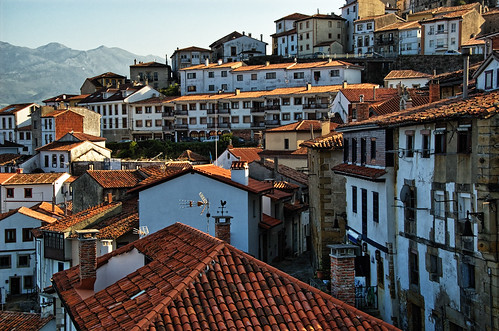 The A8 motorway can whisk you from Santander to Oviedo, but my advice is to leave the motorway as often as you can. Take little roads hugging the shore to discover wonderful hidden sights, like the Bufones de Arenillas – clifftop ‘blowholes’ where waves force plumes of seawater through holes in cliffs like geysers. The nearby sleepy village of Andrin is a stunning collection of cottages bedecked with flowers, clinging to steep rocky slopes. To the west, small roads lead down to the historic port of Llanes, with beaches, seafood restaurants and a harbour wall that has been wildly decorated in bright patterns by a local artist. 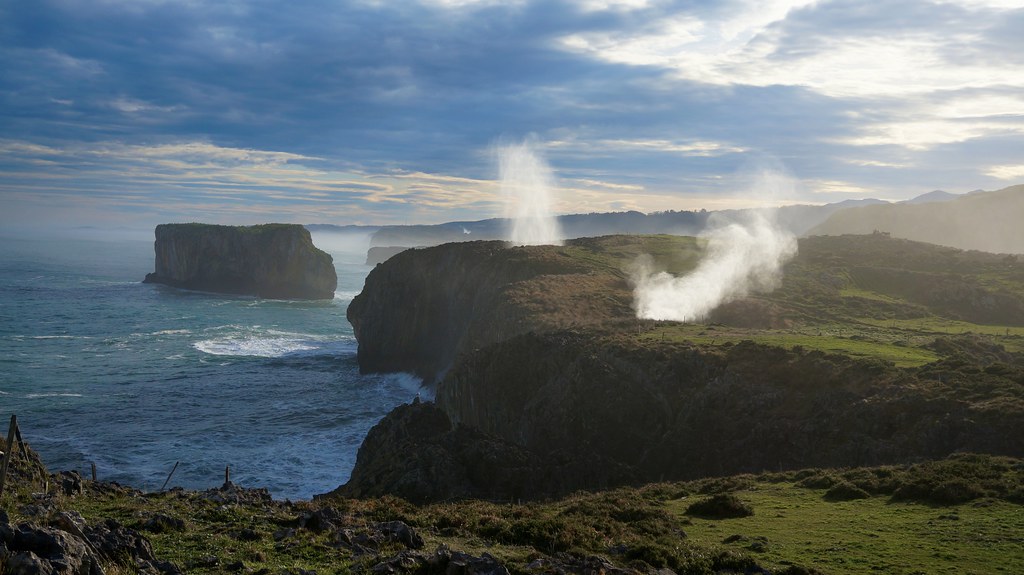 A little further along the coast, don’t miss the bustling seaside town of Ribadesella and its prehistoric caves and pretty cider orchards sweeping down the slopes towards the sea. I stopped here to nibble local cheeses and crusty bread on a grassy hill watching eagles soaring above. When I stayed overnight in the small town of Colunga I discovered the distinctive old wooden barns raised off the ground on stone pillars to deter rats. Drive down the lane to find the charming seaside village of Lastres, where steep cobbled alleys lead down to another sheltered sandy cove. 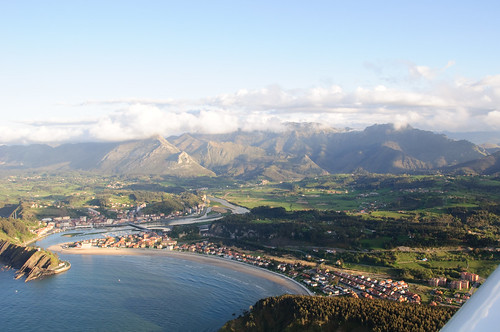 The shore of the Asturias is a sequence of dramatic rocky bays like this, plus serene wooded estuaries and fabulous sandy beaches. The coast route is a brilliant way to explore this different Spain: covered by lush grass instead of lifeless dust and dotted with fishing villages instead of modern holiday resorts.

The locals are friendly but make few compromises. They’ll happily serve you a big plate of cheese – for breakfast. At dinner they drink local cider, served in a bizarre ritualized way. Waiters display their machismo by standing with chests puffed out gazing indifferently into the distance while pouring from bottles held high above their heads… into glasses held by their knees. I got my shoes splattered with cider in Villaviciosa, a grand market town that doesn’t seem to have changed for 100 years. 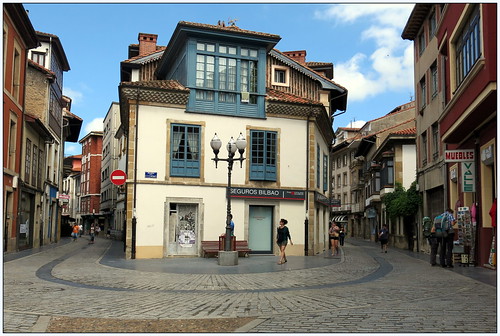 Head west and the roads lead down into the resort of Gijon – a lively art deco city standing behind a wide sandy crescent. I stopped for a paddle and an ice cream before the finale of this Asturian driving adventure. Tiny tracks lead round the inspiring Cabo de Penas headland and its views of soaring cliffs, rocky islands and old lighthouse. Eventually I had to go further west, to Aeropuerto de Asturias beyond Aviles. I left my hire car and flew home with a head (and a camera) full of memories.

The Asturias coast is one of the great unsung driving routes of western Europe. Of course, those 125 miles could be easily done in a day if you hurry… but what would be the point in that?