8 Reasons To Head To Vegas … Without Placing A Single Bet

Las Vegas may have made its name as the gambling centre of the world, but there is a lot more to do in Sin City than just place bets.

Las Vegas may have made its name as the gambling centre of the world, but there is a lot more to do in Sin City than just place bets.

With no less than eight different Cirque shows on offer, it’s fair to say that Las Vegas has become the acrobatic troupe’s second home. Offering a full range of shows, from the magic-based ‘Criss Angel Believe’ show, to the adults-only kinky ‘Zumanity’ and more traditional concepts such as O and Mystery, there is truly something for everyone. Shows play most nights at various casinos on the strip, and tickets start as low as $65, significantly cheaper that Cirque du Soleil city tours. MJ fans won’t want to miss Michael Jackson One at the Mandalay Bay. Running Fridays through to Tuesdays each week, the entire show is choreographed to Jackson’s hits, and even includes the man himself, dancing in hologram form with the Cirque performers. 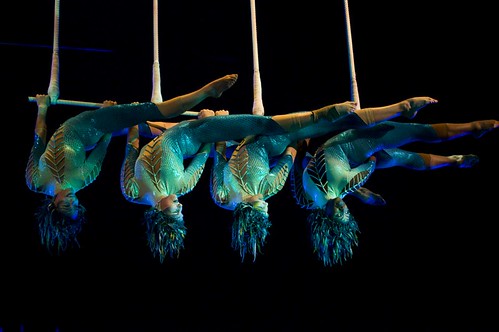 In recent years, Vegas has become the place to see your favourite music stars live in concert, with huge names signing up to lengthy residencies at various casinos. Celine Dion’s ‘Celine’ residency has been running at The Colosseum at Caesar’s Palace since 2011. With around 70 performances a year, the show was named the number one show in North America in its first year. Celine’s January shows were canceled, following the death of her husband, however, she has since returned to the stage. 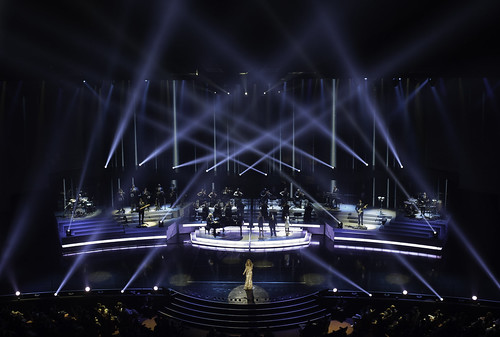 Britney Spears has been performing her ‘Piece of Me’ show at The AXIS at Planet Hollywood since 2013.  Tickets for the show start at $59.

It’s not just incredible musicians who headline in Vegas. The city is also home to some of the best magic shows in the world. Penn & Teller have a theatre named after them at the Rio casino, where they perform nightly, for as little as $60 a ticket. Criss Angel’s aforementioned ‘Believe’ Show runs at the Luxor, Wednesdays through to Sundays, with two shows on Saturdays. The legendary David Copperfield performs an intimate show twice every night at the MGM Grand. Tickets for David Copperfield start at $120.

And if you fancy something a little bit different, Piff the Magic Dragon, star of America’s Got Talent, performs nightly at Bugsy’s Cabaret at the Flamingo. 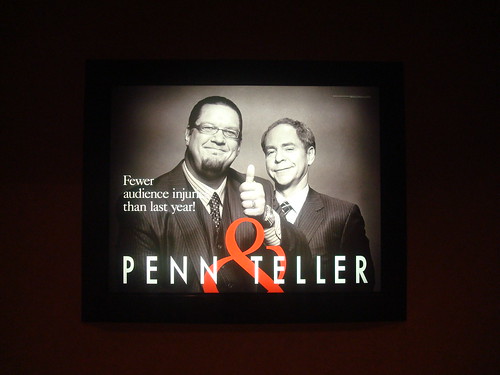 In a lot of ways, Las Vegas is like a world tour on one street. You can visit the waterways of Venice, the Eiffel Tower, and the Statue of Liberty, all in less than half an hour. This international feel is also reflected in the city’s culinary offerings.

For fine French dining, visit the Joel Robuchon Restaurant, an opulent Michelin three-star restaurant just off the MGM casino floor. For a menu offering A5 Kobe straight from Japan and the finest Finnish caviar, head to Bazaar Meat by Jose Andres at SLS. Sage at the Aria offers a more simple ‘farm to table’ menu, combined with some devilish absinthe cocktails. 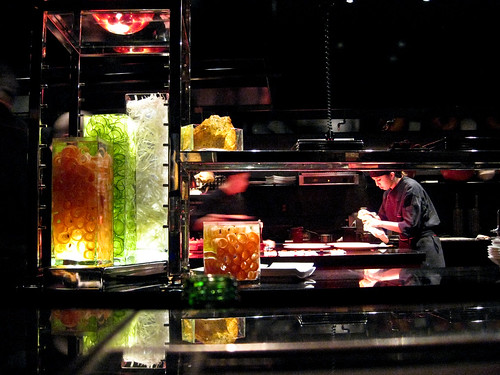 No trip to Nevada or Arizona would be complete without a trip to the Grand Canyon. And the simplest and most enjoyable way to see it is from the luxury of a helicopter. Various packages are available, including champagne breakfast in the canyon, sunset tours, and picnic options. Whichever package you choose, make sure you take time to appreciate the truly awe-inspiring views of the Canyon. Flights from Las Vegas to the Canyon will fly over the Hoover Dam. Remember to keep an eye out when you take off and land in Vegas, the views over the Strip are incredible, with Sin City like a toy town beneath you. 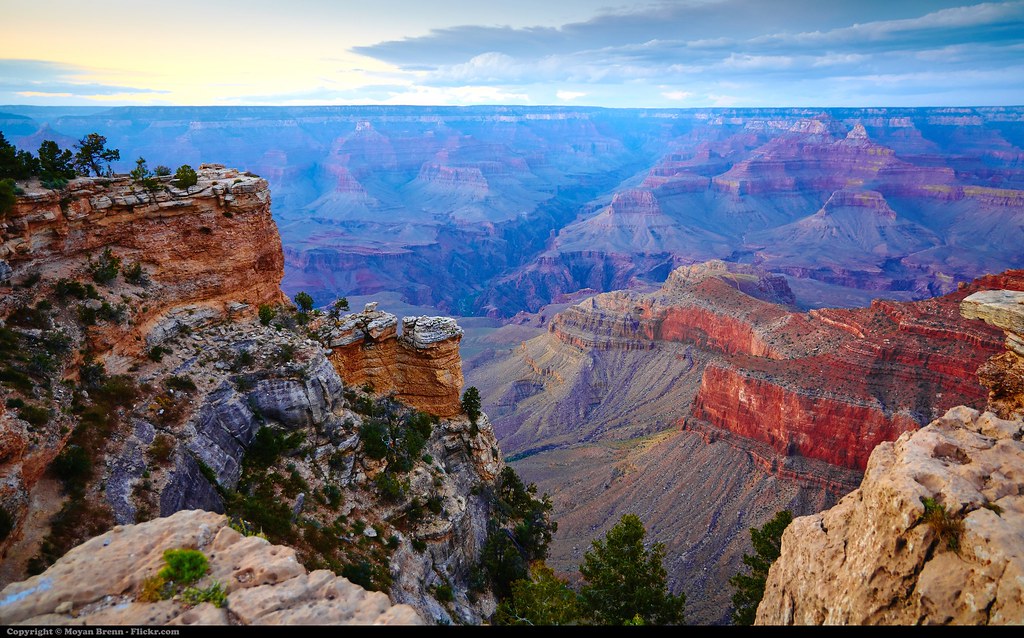 Holding true to its nickname, Sin City has numerous burlesque and adult shows on offer. Australian male strippers ‘Thunder from Down Under’ perform a 75-minute show at the Excalibur. X Burlesque at the Flamingo features six of Vegas’s sexiest female dancers, whole Zombie Burlesque at Planet Hollywood adds a more comical spin to the art of undressing. For a full cabaret show, check out ‘Absinthe’ at Caesars Palace. A troupe of world-class artists perform nightly feats of strength, balance, danger and flexibility on an intimate, circular stage. 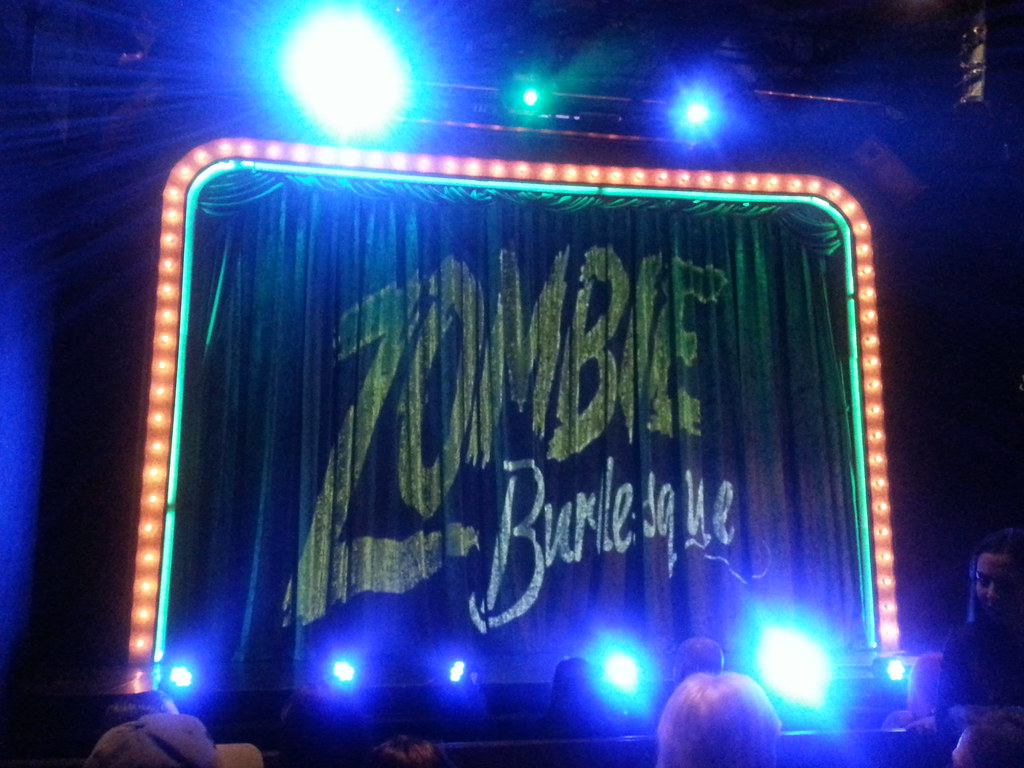 You may be in the middle of a desert, but that doesn’t mean you can’t enjoy a round of golf … or five! Las Vegas is home to over 50 different golf courses, including the Royal Links, Desert Pines and TPC Las Vegas. Most casinos offer golf and stay packages, and there are options for every budget. Some of the courses sit right on the Strip, others are up to a 30 minute car ride from the city. 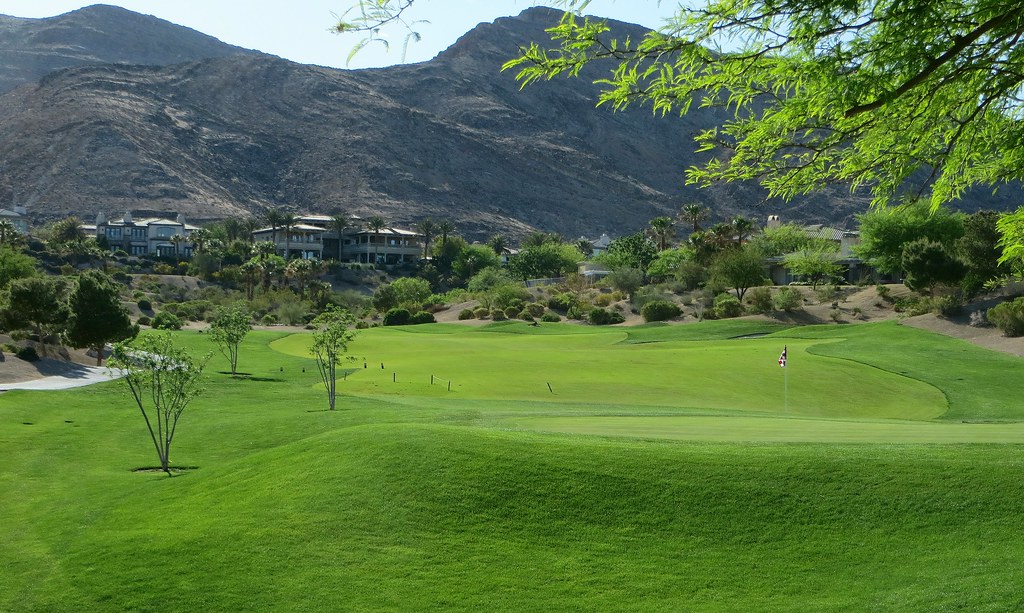 Las Vegas may not have a reputation for its zoos and aquariums … but like most things, it is home to more options than most other cities in the world!

Shark Reef at Mandalay Bay is one of the largest aquariums in North America. Siegfried and Roy’s Secret Garden and Dolphin Habitat at the Mirage is home to a whole range of exotic and majestic creatures – from white tigers and leopards to bottlenose dolphins. The Wildlife Habitat at the Flamingo is free to enter, and open to the public every day. Stocked with exotic birds, fish, turtles and hummingbirds, the habitat is a serene habitat in the centre of Las Vegas. 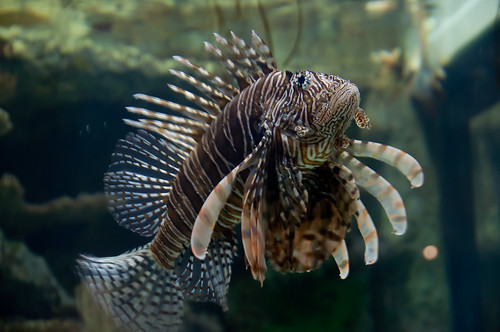