Avis car hire in Sweden enables you to experience as much as possible during your visit. From the breath-taking spectacle of the Northern Lights to the sunny summer climes of the south, the rich variety of Swedish scenery and climate offer sights and activities for all tastes.

Make the most of your car hire to explore the expanses of Swedish countryside. Once your escape is complete, the city awaits your return. Stockholm, Gothenburg and Malmö will draw you in with their delights, whether you are tempted by the cultural, architectural, historical or gastronomical.

Scroll down to discover our top Sweden car rental locations and pinpoint the best spot to collect and return your hire car. 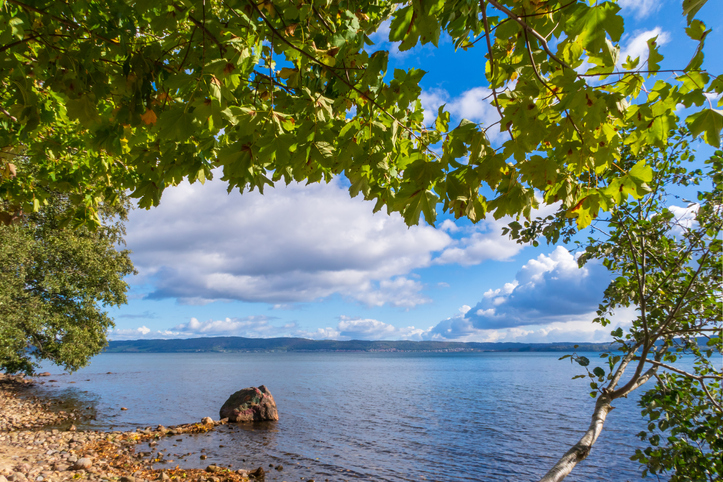 Take a look at the Swedish Driving Regulations

We have put together the rules of the Road of Europe and North America. Avis Road Rules gives you an overview of country regulations when driving abroad. We have covered key information like speed limits, child safety laws and emergency contact numbers.

What to do in Sweden

The great Swedish outdoors
The beautiful scenery invites you to take part in all sorts of activities, some familiar and others waiting to be discovered. The uplifting natural backdrop of the country, one of Europe’s largest but least-populated, will inspire the hiker in you. The Swedish countryside is home to a number of well-established lowland hiking trails. Many of these start from the major cities and enable you to take in Viking burial sites and mediaeval churches, as well as rural landscapes and forests. Use your car rental to the full and drive to one of the numerous national parks. With a long coastline and many islands, you will be in an ideal fishing location. The winter months allow visitors to join the locals in their popular pastimes of skiing (whether downhill or cross-country) and skating.

Winter wonderland
Swedish Lapland is one of the most northerly points in Europe. Its truly unique landscape is Europe’s last remaining wilderness. From the 24-hour daylight of the Midnight Sun and +30 degrees in summer to -40 degrees in winter, it is the land of eight seasons. It is home to the Sami, whose roots can be traced back to the Ice Age. If your aim is to experience the phenomenon of the Northern Lights, you should visit between September and the end of March. There is no guarantee that you will see the lights, but there are plenty of other activities such as dog sledding and snowmobile tours to keep you busy. You could treat yourself to a stay in the ICEHOTEL, made from ice cut from the frozen Torne River. This is a unique experience as a new hotel is built every winter to replace the one that melted the previous spring.

A taste of Sweden
Your trip can be a true gastronomic experience. Seafood aficionados in particular will be in their element: the west coast is awash with shellfish. Visit in autumn to take part in the Shellfish Journey. This begins in late September, to coincide with the start of the lobster season, and continues until early November. Tour the spectacular coastline with Avis car hire and seize the opportunity to indulge in the freshest seafood. You can even accompany local fishermen on a ‘seafood safari’ to bring home your own lobster, oysters and mussels. The first week of August is crayfishing season, another opportunity to join the fishermen or just to sit back and enjoy the fruit of their labours. West Sweden is a mecca for foodies and the focus on top-quality local produce has helped build this reputation in recent years. Gothenburg was named the Culinary Capital of Sweden 2012.

A capital experience
If all the outdoor activities and fresh sea air wear you out, take refuge in the Swedish capital. You still won’t be far away from spectacular scenery though – the capital is spread over 14 islands in Lake Mälaren. The islands of the archipelago can be visited in an old-fashioned steamer. What more leisurely way to take in the expanse of a modern city in such a beautiful setting? This will leave the Old Town still to be explored. From atmospheric, winding cobbled streets to upmarket boutiques, there is something to catch everyone’s eye. The 700-year history of the city waits to be discovered. The Royal Palace shouldn’t be missed and there are plenty of beautifully preserved buildings and gothic churches to admire.